The forthcoming album, ‘The Country Side Of Alconbury Blue’, should be underway and start being recorded in the next few weeks. We have 23 original Country Songs but these will be cut down to around 15 tracks. We have demo tracks already recorded in the small studio, ready for final recording at our Lineside Studio’ in Brigg, North Lincolnshire.                           Phil Birkitt, will be our Producer as before and will also be our drummer on some tracks as well as taking lead vocals and vocal harmony on some of the songs. David Jacklin, will be our Musical Director and also play the Piano & Keyboards on some tracks as well as taking lead vocals. Tony Besley, will also be taking lead vocals and vocal harmonies. Malcolm Hamilton will be his usual awsome self on Lead & Rhythm Guitar’s. Yours truly, will be on Bass & Rhythm Guitars, Lead vocals and harmonies. Other Musicians and singers will be announced as soon as we recieve confirmation.

Our current Album tracks can be dowloaded from  this site or all the usual media outlets, Amazon, Deezer, Spotify, Reverbnation etc etc. Stay safe everybody. Terry Dean 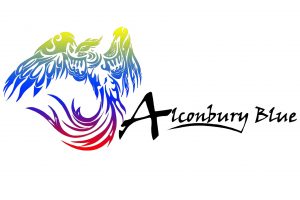